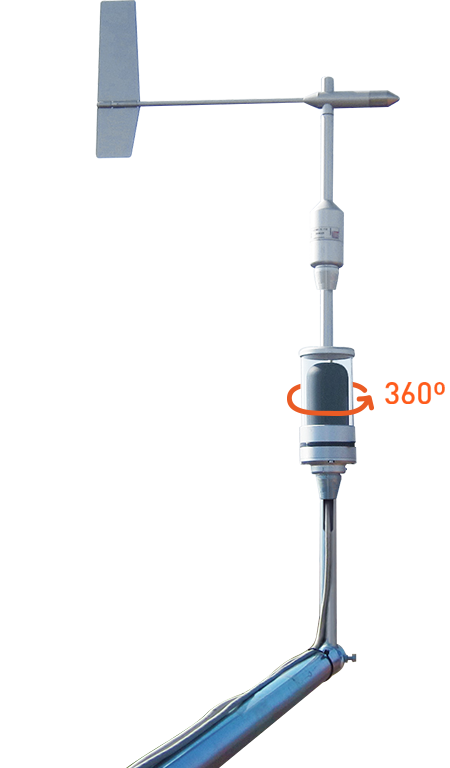 Stop! Read on before you do anything else!

By adding a Geovane to your wind measurement campaign configuration you will get the most accurate wind direction data available on the market today. Guaranteed!
During the development phase of a wind farm, developers are facing several difficulties when measuring wind direction:

1
The physical impossibility of verifying the wind vanes final orientation on the boom. 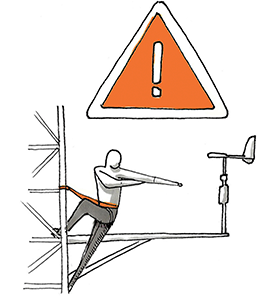 2
When wind vane alignment is carried out using a magnetic compass it is necessary to compensate for the Earth’s magnetic field distortions such as the presence of the nearby met mast metal structure, and for the magnetic declination for the location, which in addition alters over time. 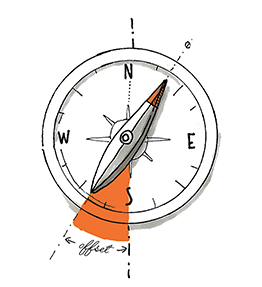 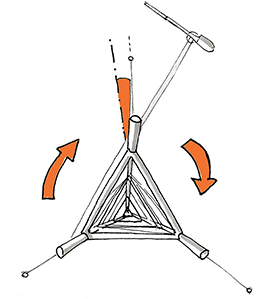 Perfectly aligned wind vanes with zero offset between them in no way means either of the wind vanes is correctly aligned towards True North. What’s more, despite the common misconception, adding more wind vanes does NOT resolve this issue.

Add a Geovane to your wind measurement campaign and get the most accurate wind direction data available on the market.

And no more mistaking the geographic (True) North for magnetic North...

THE GEOVANE CAN BE USED IN
4 DIFFERENT APPLICATIONS

Install it on existing wind measurement masts and use it to correct existing datasets. 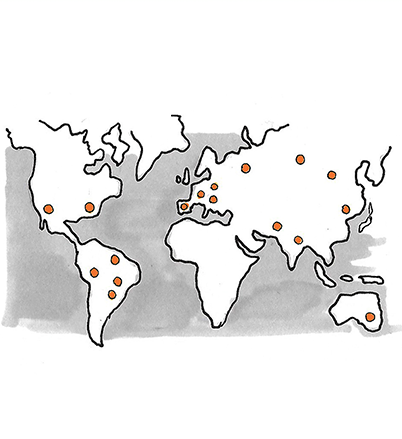 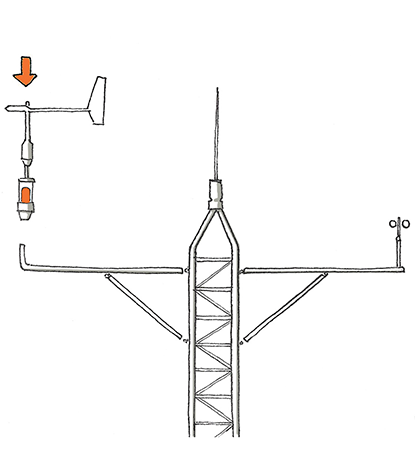 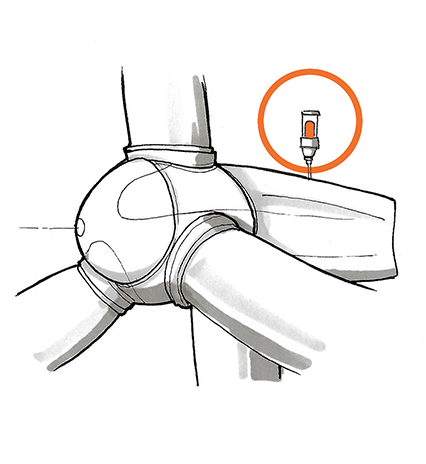 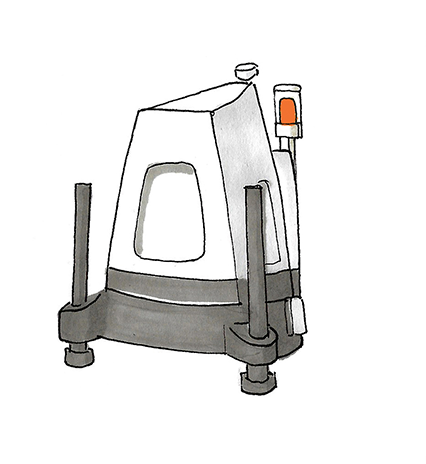 FOR MET MASTS & RSD
THE GEOVANE WILL

HOW WILL THIS AFFECT YOUR
DEVELOPMENT PROJECT OR WIND FARM?

Wind farm developers usually rely on one to two years of local direction measurements they correct using less accurate long-term meteorological observations from nearby weather stations to obtain a long-term average. However, such local measurements usually include error margins of around 5º- 6º degrees. This is predominantly caused due to wind vane misalignment during field installation.

Even when following the highest industry standards for installing wind vanes, measuring wind direction is inherently difficult and hard to consistently repeat from site to site. Thus, the industry standard is an uncertainty of 5º on the measurement of any wind vane, due almost entirely to the impossibility of traditional methods for correctly orienting in a known direction.

The Geovane’s patented design is equipped with separate high-resolution optoelectronic sensors composed of 2048 photosensing pixels. This allows the Geovane to use the Sun to measure the True North offset of the sensor coupled to it, resulting in more accurate direction measurements than ever possible before.

The GPS module provides the location, date, and time to the internal processing unit, enabling Geovane to calculate the theoretical solar azimuth. 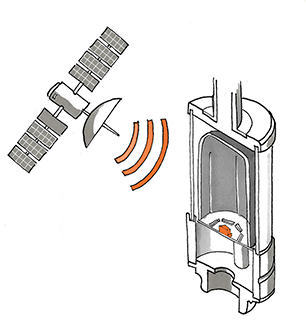 Using the very fine sunrays that pass through the Geovane’s precision slits in combination with the internal photosensing pixels allows the Geovane to measure changes in the Sun’s position at a resolution below 0.006º! 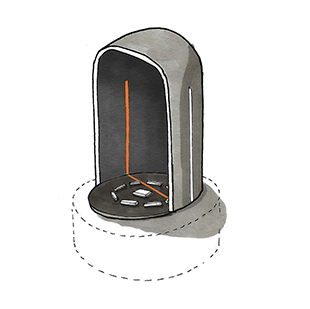 The integrated tilt sensor permits comparing the theoretical and measured solar azimuth angles, even if the Geovane is not perfectly leveled. 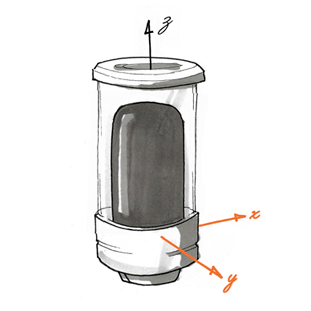 The Geovane includes a high-precision laser beam emitter used to fixate its position with respect to the wind vane. 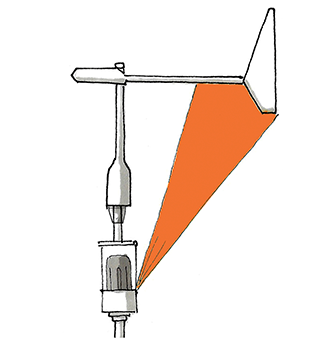 The Geovane is equipped with both analog outputs and an RS485 driver for convenient interface and communication with industry standard data loggers. 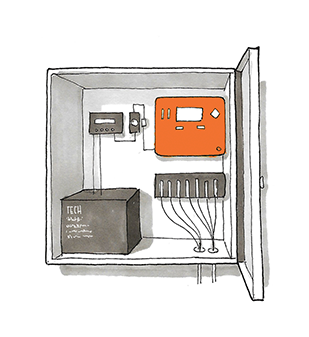 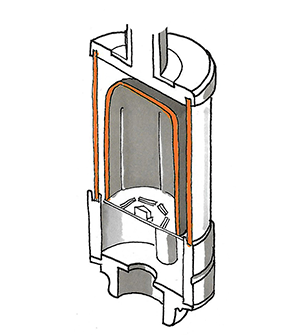 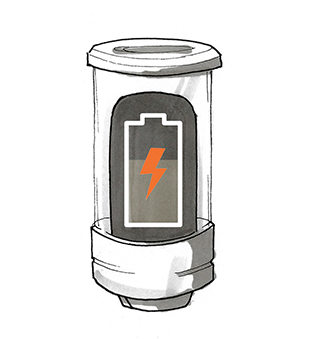 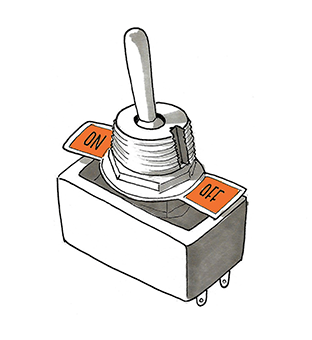 The Geovane’s adaptor rod allows it to be fitted to any industry standard wind vane, ultrasonic anemometer, or even remote sensing device such as a sodar or lidar. 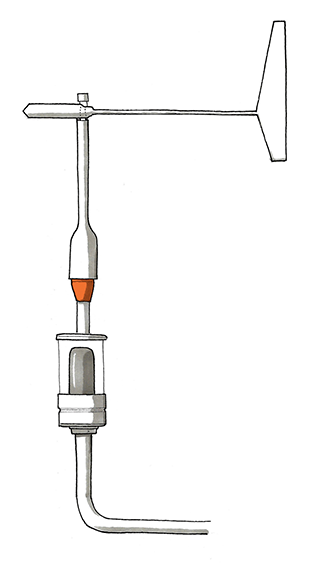 Geovane receives the sun’s direct radiation and measures the wind vane offset so you can correct wind direction measurements it makes. The True North wind vane offset is obtained by comparing the theoretical

EXAMPLE OF ENERGY LOSS
IN A 24 MW WIND FARM

*Resource assesment carried out in windPRO to study how incorrect wind direction measurements can dampen the power output in a 24MW windfarm. The loss is calculated over a period of 12 months using at the time real market prices from Operador del Mercado Ibérico de Energía.

spacing that does not allow wakes to recover and expand before encountering another downwind turbine. This dampens the power output from affected turbines.

Other effects e.g. higher wind turbine loads and fatigue are not quantified in this study 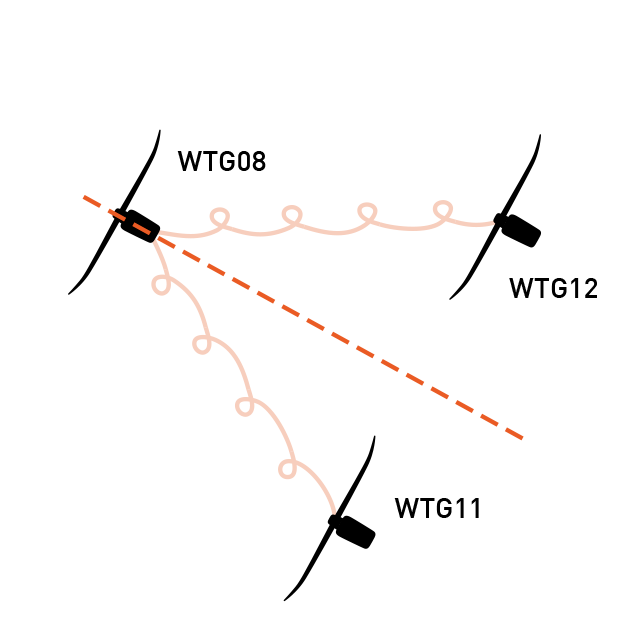 This wind direction is incorrectly considered as the predominant wind direction as a result of using only wind vanes during the wind measurement campaign. The wind farm layout is therefore not optimized.

Downwind turbines WGT 11 / WTG 12 are affected by the wake caused by WTG08, since the real predominant wind direction is different from the one measured. In this illustrated example we have considered a conservative wind vane offset error of ±7º degrees.

1
The project has received funding from The Centre for the Development of Industrial Technology (CDTI) in Spain. For this process, it went through rigorous lab, real life trials and audits.
2
The Technical University of Zaragoza, Spain assisted during the development of the Geovane providing advanced mathematical shadow algorithms.